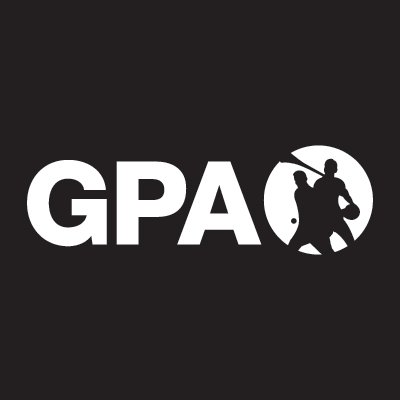 The Gaelic Players Association (GPA) is working on a model of developing a player Rep Team in each squad to act as its representative group for the players association. These four or five volunteers from each squad are provided with training to help them support their fellow players and to also form an integral part of the running of their national player association. This training is a form of Continuous Professional Development for the Rep Team who value it as part of their own dual career preparation. It also helps to create a more effective and engaged volunteer network. Such a volunteer based system can be a cost efficient way of establishing player support networks.

From Wikipedia, the free encyclopedia

The Gaelic Players Association (Irish: Cumann na n-Imreoirí Gaelacha),[citation needed] or GPA, is the officially recognised player representative body for inter county Gaelic footballers and hurlers in Ireland. The GPA's aim is to promote and protect all aspects of player welfare and to provide an independent voice for players.

The GPA was formed in 1999 when former IMG employee Donal O'Neill and a number of high-profile inter-county players, including Tyrone's Fergal Logan and Peter Canavan, Derry's Fergal McCusker and Dublin's Dessie Farrell were instrumental in the birth of the organisation. The association was launched in Belfast.[1] Farrell became the first chairman in 2000 and was subsequently appointed as full-time chief executive of the GPA in 2003.

Farrell and O'Neill helped secure a sponsorship deal with drinks manufacturer C&C (now Britvic) in 2003 which underpinned the growth and development of the GPA as a self-funded, not-for-profit organisation. Membership grew rapidly as the GPA lobbied vigorously for improvements in player welfare entitlements, making a significant breakthrough in 2007 when it successfully introduced Government Funding for inter-county players.

Following a lengthy campaign for formal recognition led by CEO Dessie Farrell and chairman, Cork hurling goalkeeper Dónal Óg Cusack, the GPA was formally recognised as the players' representative body by the GAA at its annual Congress in 2010. An interim agreement was also reached to provide support for the GPA's player welfare initiatives. In 2010 the GAA's amateur ethos was enshrined in the GPA's constitution.

Since reaching an interim agreement with the GAA in 2009, the GAA has supported the GPA's Player Development Programme which provides off-field support services for inter-county players in the areas of education, career development, health and wellbeing and general such as a benevolent fund. With the Programme running since March 2010, inter-county players can now avail of scholarships, educational advice, an enhanced injury scheme, job searching advice, benevolent fund assistance for players in difficulty and a nationwide counselling service, gum shields, financial and budgeting advice, business start-up support and media training.

The GPA’s Player Development Programme (PDP) supports the lives of county players and helps them to realise their true potential off the field of play. With a central focus on Engagement, players are supported through a range of programmes in the areas of Education and Training, Life Focus/Career and Health and Wellbeing.

Supported by the GAA, the Programme was implemented in 2010 as part of the Agreement between the GPA and GAA which formally recognises the contribution county footballers and hurlers make to the commercial success of the GAA as a whole.

The rationale behind the PDP is that players are supported in their personal development to ensure that they achieve a sport-life balance. This can be extremely challenging for elite amateur players who require a degree of planning to ensure that their commitment to county football or hurling is not detrimental to their off-field careers.

Services are provided to players either internally through the GPA or by external professionals with expertise in specific field.

The GPA Education Programme is designed to support athletes operating in a high performance environment to maximize their potential through education and develop the next generation of leaders.

There is a particular focus on supporting players or former players whose circumstances prohibit the pursuit of further education and encouraging a return to education where appropriate.

Players supported in education have been assisted under the following categories:

The aim of the GPA Education Programme is to ensure that county players maximise their career potential through education while simultaneously managing their substantial commitment to our elite amateur games.