UK policies and approaches for DCA 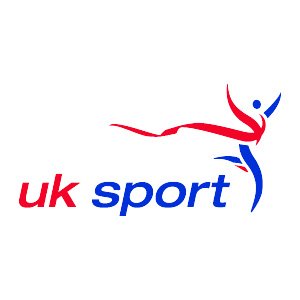 UK policies and approaches for DCA

There are five Sports Councils in the United Kingdom: Sport England, Sport Scotland, Sport Wales, Sport Northern Ireland and the UK Sport agency. These councils manage funding and create partnerships with the sports movement. The federations deal with leisure sport and with development, training and competitions. At the elite level, they work with the sports councils to produce performance. UK Sport is responsible for supporting performance in Olympic and Paralympic sport and also for developing campaigns to recognise talent. Approximately 1,300 athletes benefit from grants, for a total of nearly £100m.

Regarding schools, in addition to PE in the curriculum, the majority of private and state schools offer sports clubs aimed towards competition. A recent government initiative created 400 secondary schools specialising in sport, with funding for talented young athletes. A number of other schools and higher education establishments have also become sports academies. In a third of these, athletes have access to personal learning counsellors who can help them to schedule their school timetable and keep an eye on how their dual learning plan is progressing.

In professional sport, all the football clubs in the Premier League have to provide an affiliated academy combining sport coaching and education. In rugby, twelve academies have been created in England and there are two regional academies.

Over the last ten years, partnerships have been formed between universities and professional sport. Degree courses have been created to attract sportsmen and sportswomen. These courses are seeing significant growth and diversification, both on site and in distance learning. More recently, full university curricula have been organised by professional sport itself, such as the University College of Football Business, which was created and funded directly by a group of football clubs, in association with the federations and leagues and with Buckinghamshire New University. Everything relevant to sport can be found in the 17 degree courses, and Masters degrees will soon be offered.

All this shows that the United Kingdom offers a lot of different structures and approaches in the matter of the dual career plan. With these new areas of collaboration between different bodies, the British scene looks like one of the best examples of changes in strategies for developing the dual career.

Fact note: The United Kingdom (UK), which includes the islands of Great Britain and Northern Ireland, is located in Western Europe between the North Atlantic Ocean and the North Sea and covers 243,610 km2. The total population is 63 million, white British (85 per cent) is the majority ethnic group, the official language is English, and the dominant religion is Christianity. The Republic of Ireland is located to the west of Great Britain, covering 70,273 km2. Its total population is 4.7 million, the majority of the population (87 per cent) is Irish, English is the official language, and Roman Catholicism is the dominant religion.

Sport: The elite sport context in the UK can be divided into professional and Olympic sports. Football, rugby and cricket are the three major professional sports, but professional athletes represent the minority of elite participants, with the majority of full-time elite athletes in the UK being amateur or Olympic competitors. The British Olympic Association and UK Sport are the two major National Governing Bodies (NGBs) in the UK. The UK has hosted three Olympics (1908, 1948 and 2012), which were all held in London. The elite sport context in the Republic of Ireland is similar to the UK, including a mixture of professional and amateur sports. In the Republic of Ireland, Gaelic Games, including Gaelic football and hurling, are the most popular sports (Delaney & Fahey, 2005). Compared with the UK, there is a smaller population of elite athletes in the Republic of Ireland. The Olympic Council of Ireland (OCI), the Irish Sports Council (ISC) and the Irish Institute of Sport (IIS) are the leading NGBs. According to the ISC (2008, 2009), boxing, athletics and rowing are the leading performance sports in the Republic of Ireland. To prepare for the 2012 Olympics, the ISC selected 16 focused sports in 2009 and provided organizational support to its athletes.

At the start of the millennium, UK Sport (2001) conducted a survey to identify British athletes' awareness, usage and perceptions of the ACE UK program. The findings indicated that 90 per cent of athletes had heard of the program, but only one third had accessed one or more parts of the program. On average, 75 per cent of respondents who experienced the program found the support was either ‘very positive’ or ‘positive’, 23 per cent said ‘neither positive nor negative’, and 2 per cent had negative views. For athletes receiving athletic retirement support, 100 per cent had positive views. The report concluded with several suggestions to improve service quality and accessibility of services, including developing support to help active athletes to plan their retirement and providing more information about ACE UK to athletes.

In 2004, UK Sport rebranded the ACE UK program as the Performance Lifestyle program, which is still being implemented at the time of writing. The aims of the Performance Lifestyle program are similar to those of the ACE UK program but UK Sport, in renaming the program, wanted to ensure that performance was its main focus (Gilmore, 2008). The program focuses on athletic lifespan development and offers five different areas of service: integration planning (e.g. helping athletes to combine their athletic and personal lives through balanced lifestyles), educational guidance, career planning, transitional support, and training and development programs (e.g. providing education related to financial planning and dealing with media). In 2009, the English Institute of Sport took over the strategic lead role for the Performance Lifestyle Service from UK Sport (UK Sport, 2009).