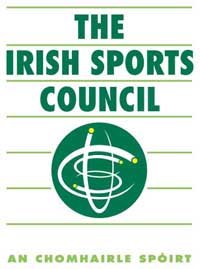 Athlete career programs in the Republic of Ireland

The Irish Sports Council (ISC) and the IIS are the main NGBs providing athlete career support services in the Republic of Ireland. The athlete career support program in the Republic of Ireland is called the Athlete Lifestyle program. The IIS is the leading NGB and has provided the Athlete Lifestyle program since 2008. The program was developed for the Irish sport context, emerging from the IIS's own research (Guerin et al., 2008), and is provided to ISC carded Irish elite athletes. The carding scheme details the basic criteria for determining which athletes are eligible to receive lifestyle support from the IIS (Park, Lavallee & Tod, 2012). Specific criteria vary among sports; however, the IIS divides accredited athletes into five groups: podium (medalists in Olympic Games), world class (top eight world ranking), international (qualification for Olympic Games), developmental (medalists at World University Games who are under 23 years of age) and junior (top 8–16 World junior ranking) athletes.

The Athlete Lifestyle program has two major aims: enhancing Irish athletes' performance and assisting them to have balanced lifestyles through helping them to manage sporting and non-sporting careers. The program contains three areas of support: education, career and life skills development. Education support aims to assist athletes in balancing their athletic and academic lives through financial support (i.e. scholarship) and flexible educational opportunities (e.g. academic planning). Career support helps active athletes to develop non-sporting careers through experiencing part-time office work. The IIS helps active athletes to learn how to transfer relevant sporting skills (e.g. goal-setting) to their non-athletic careers and provides part-time job opportunities after they have finished their education through partnerships with various companies in the Republic of Ireland. Life skills development support assists athletes to enhance their performance and the quality of their lives through maintaining a balanced lifestyle between sporting and non-sporting activities. IIS performance managers and chartered counseling psychologists deliver various life skills development sessions and workshops to athletes, such as developing goal-setting, time management skills and coping skills.

The program's retirement support for athletes includes developing life skills, assessing career interests and searching for post-sport careers (IIS, 2009c). The IIS's retirement support has unique parts, such as holding an awards ceremony for recognizing retired elite athletes' sporting contributions to their country, and a mentorship and coaching training program. A formal ceremony for retired athletes has not been reported in the literature for other support programs, but the IIS considered it a good strategy to assist athletes to achieve closure from their sporting careers and to move on to post-sport lives (Park et al., 2012). Mentorship training and the coaching development program aim to cultivate potential future mentors and coaches for Irish sport through educating former elite athletes. The concept is based on Erikson's (1950) idea of generativity – establishing and guiding the next generation. The IIS believes that cultivating mentors and coaches for the next generation is a ‘win-win’ strategy for both former athletes (e.g. increased feelings of self-worth through making a contribution) and active athletes (e.g. receiving mentoring from experienced former athletes), as Grove, Lavallee, Gordon and Harvey (1998) have discussed (Park et al., 2012).

The IIS's athlete retirement support was not originally a part of the Athlete Lifestyle program, which was initially developed to enhance active athletes' performance and quality of life. After 18 months of running the program, however, the IIS realized that there was a need to extend the program for athletes in their retirement (e.g. coping with deselection, post-retirement adjustment). In 2009, the IIS established a project development group consisting of 15 experts from various fields, such as performance managers, sport psychologists and retirement planners. At the time of writing, the IIS was in the process of developing a new program which contains detailed strategies to support Irish athletes in career transitions out of sport. This program was fully developed and implemented after the 2012 London Olympic Games (Park et al., 2012).

The II'S has conducted two case studies to evaluate the support programs, examining a middle distance runner and a Paralympic swimmer's experiences of them (IIS, 2009a, 2009b). The middle distance runner was an active athlete trying to find a balance between his sport career and office work, and the swimmer was a retiring athlete. The intervention programs were individualized to each athlete and included one-to-one sessions, job searching and life skills development. The IIS reported positive outcomes of their program in assisting the active athlete's career development (i.e. finding a part-time job and maintaining balance of life) and the former athlete's retirement (i.e. moving on to post-sport life by becoming an elite coach).