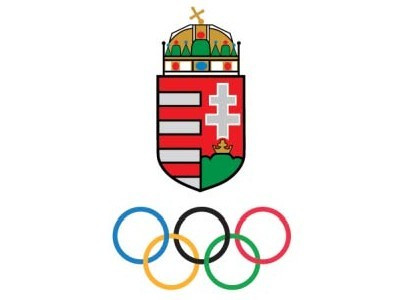 To make the first transfer easier, the Hungarian Olympic Committee (HOC) built up a system in which elite athletes can conduct both their athletic career and their non-sporting professional career. The “Olympic Pathway Programme” has been launched in May, 2002. The programme is based on an agreement – signed by higher education institutions and the HOC – expressing the mutual will to provide special conditions for high- level athletes in getting into and conducting studies on tertiary level in Hungary. The reception of the initiative from the side of education institutions was highly positive as all invited colleges and universities signed the agreement with the HOC, which means that currently 30 higher education institutions take part in the programme.

The content of the bilateral agreement varies due to the different profiles of participating colleges and universities, but the purposes and the objectives of the programme and the responsibilities of the HOC are always the same. The participating athletes should be in the pool of national athletes preparing for Olympic Games or be in the first line of the under 18 years old generation. They can request their education institution to provide them special benefits based on the fact that they take part in the programme. These benefits can be for example: to abolish or reduce their tuition fee (in case the athlete was not accepted to the top 30%, where students’ fees are waved); to have a flexible timetable and exam schedule which is compatible with their training and competing schedule; to ask for a tutor who can help them in catching up with their studies; to get dormitory room for a reduced price or for free of charge; to use the education institution’s sporting facilities. The programme is mutually beneficial for all parties involved: there are more athletes in higher education, which is a promotion for the college or university; there is less athlete-student drop-out from education institutions; and the programme is a good practice that the HOC can showcase at an international level. Another aspect to highlight is the transparent and documented way how athletes can receive the flexibility regarding their study and exam schedule. Since universities have different regulations, it is important to legally support such flexibility, also avoiding personal factors, when a disagreeing faculty would demand presence at classes and exams. By signing an agreement by the rector of the university and the president of the HOC, the internal regulations are changed accordingly, making it safe for all actors, and most importantly: the special treatment of high-level athletes is transparent and documented.  At the start of the programme, 43 athletes participated in it, while in 2013, 408 athletes benefited from it. Even though, it is getting more popular, there is still a great need for it to be promoted, as many athletes are not aware of it. It could also be enlarged, involving not only the representatives of Olympic, but non-Olympic sports as well.

After the 1998 parliamentarian elections the newly formed civilian government decided to establish the Ministry of Youth and Sports. According to their suggestions several significant modifications were implemented in the sports administration and finances. The role of the Hungarian Olympic Committee has been considerably increased since. Besides the tasks of preparation for and participation at the Olympic Games the distribution of state subsidy for the elite sport along with the allocation of the sports scholarships were also placed in the authority of the Hungarian Olympic Committee.

The Hungarian Olympic Committee is committed to assist future, present and former Olympic athletes with academic career pursued in institutions of higher education at their choice and secure their return to the society upon retiring from active competitive sport. Consequently, the Hungarian Olympic Committee launched a program titled Olympic Career Path to help Olympians educate themselves. Currently, out of 750 athletes from the Hungarian National Olympic Teams 140 sportsmen and sportswomen are attending institutions of higher education and an additional 170 athletes have already indicated their intention to continue with their studies. The Hungarian Olympic Committee has already signed cooperation agreements with 24 various institutions of higher education nation-wide to provide easier access for the athletes to universities, receive financial benefits and mentor assistance if required. The NOC set aside a significant financial assistance that is 50.000 USD to help Olympians continue with their academic career. As a tradition prior to Summer Games the Hungarian Olympic Committee has again launched a language course program for the potential Olympic athletes, coaches and sports managers to provide them with and update their English language knowledge.

The Hungarian Olympic Champion's Club was founded in 1993 under the presidency of Dezso Lemhényi, Olympic Champion in water polo who had also worked as a successful head coach and whose wife, Ms. Olga Tass, is also an Olympic champion in gymnastics. The club meets and gathers regularly and its principal goals are the prevention of interest, the moral support of the Olympic preparation and the promotion of the Olympic ideals. The Club organized a trip to London in 1998 to attend the 50th Anniversary of the 1948 London Olympics and also visited the Olympic Museum in Lausanne and Olimpia, location of the ancient Olympics. In the year 2002 an additional trip to Helsinki was implemented to celebrate our unforgettable triumph, the 50th anniversary of the 16 Hungarian Olympic Championship titles. The Olympic Champions have always been cherished and esteemed consequently, the Hungarian government passed a bill in force as of 1 January 1998, which provides a special annuity for the Olympic gold medal holders. An additional and beneficial bill was passed in effect as of January 1, 2001 declaring all silver and bronze medalist to receive a proportionally identical annual allowance. All Olympic medalists living in Hungary - older than 35 years of age - are entitled to receive life-annuity on a monthly basis. The Olympic Champion's widows are also eligible to receive financial aid to secure their living.