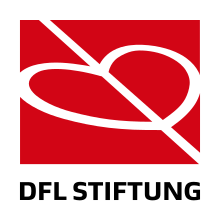 Source EU funded project Sport, Education and training in Europe – a dual career for a dual life and Wikipedia website

Numerous measures have also been implemented in the area of top-level athletes’ career change. On the initiative of the SportHilfe foundation, a club of former athletes was formed. It selects athletes who want to follow career change training or pursue new studies after their sporting career. They can be helped with financial and human support, since the training courses can be funded and support provided. This initiative is supported by a partnership of 140 national companies.

The DFL Foundation (German: DFL Stiftung) is a charitable foundation dedicated to social projects. It was founded in January 2009 by the Deutsche Fußball Liga and Die Liga – Fußballverband, under the name Bundesliga Foundation (German: Bundesliga-Stiftung). It is based in Frankfurt, and the current CEO is Stefan Kiefer.

The DFL Foundation aims to use the popularity of German professional football and the Bundesliga to promote and support social projects. In addition to the commitment of individual professional footballers who have established their own foundations of this kind (for example Christoph Metzelder with the Christoph Metzelder Foundation or Manuel Neuer with his Manuel Neuer Kids Foundation) and the foundations of Bundesliga clubs (such as the Foundation 1. FC Köln) or foundation from the German Football Association (German: Deutscher Fussball-Bund, DFB), the DFB-Kulturstiftung (DFB cultural Foundation), the foundation of the Bundesliga is, according to its statues, to promote the sport, education and international understanding. From this emerged four areas of focus: the Foundation encourages children, supports people with disabilities, supports integration and promotes solidarity with other sports.[1]

The Foundation provides grants through application, but can also carry out their own projects and build partnerships.

In cooperation with the DFL, the most publicly successful campaign Sportler für Sportler (Athletes for Athletes) was developed in the spring of 2009. Through until 2010, TV commercials were broadcast in which well-known players and coaches from the Bundesliga and Olympic athletes from various sports, were shown asking for mutual support and calling on donations to the German Sports Aid.

In July 2011, with the DFL-Supercup, the current major campaign started entitled Integration. Gelingt spielend. Through which nationwide advertising was made for the support of the integration of those with foreign origins. The football serves as a connecting element. Focus of the campaign, as for the Sportler für Sportler was a TV commercial with talented young players of the under-17 and under-19 teams and the Bundesliga players Gerald Asamoah, Mario Götze, İlkay Gündoğan and Sidney Sam. The music of the commercial was produced by Wolfgang Niedecken, singer of the band BAP.