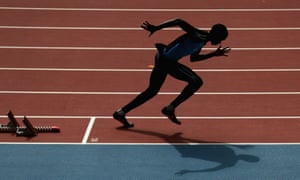 1 According to German Sport System

The extent of athlete support has been criticised as insufficient from some parties within the German high performance system. Director of the German Sports Donation Fund Hans- Ludwig Grüschow for instance, blamed lack of athlete support and structural problems for the massive problem of keeping young top athletes in Germany.80 Many young talented athletes are lost to sport at an early stage, as gambling on a sporting pursuits are often seen as compromising the opportunities for future careers. The incentives to remain in Olympic sports for an extended career (i.e. athlete support mechanisms) need to be improved for Germany to improve their retention of young talents.

Athletes are supported through various means. As has been documented through above sections, federal cadre athletes may receive the following supports to varying extents:

Houses of the athletes at some OSPs and federal bases provide accommodation at or near training facilities, sometimes at no cost for athletes, but more often at a subsidised cost (this is a name given to various arrangements that provide accommodation assistance to athletes).81 There are also residential facilities at sport boarding schools and some elite schools of sport. 600 new generation athletes a year receive support from the German Sports Assistance Fund to assist with such costs and in some areas there may be assistance from state sports assistance funds.

The support provided in these varies. Some states give monthly allowances to top athletes and new generation athletes, whereas others concentrate on development and funding sports programs rather than individual athletes. The sport assistance Rhineland-Palatinate/Saarland is most lucrative for „elite promotion‟ eligible athletes in providing a monthly allowance of 305 EUR.

All federal cadre athletes are entitled to physio medical support. This is usually available directly from OSPs, OSP satellite training centres, or private arrangements made by OSPs. The amount of support entitled to depends upon the level of cadre. A is entitled to more physio massage, than B, than C etc.

The German Bank supports training and jobs of A/B/C cadre athletes with 255,000 EUR annually (10% of support is reserved for paralympic candidates). 150 businesses and 200 athletes have benefited from this initiative since it began in 2001. The athletes are assisted to find suitable jobs to fit around training and travel, with the loss to the employing organisations covered by the German Bank.83 The Federal government/DSB have also negotiated cooperation agreements with the German Federal Armed Forces and Federal Border Police to provide jobs for elite athletes.

The DSB has negotiated cooperation agreements with 66 German Universities as well as the elite schools of sport to provide study concessions to 1200 federal cadre athletes. These allow athletes to gain preference to certain courses, as well as ensuring flexibility in their study loads so as to not compromise training and competition obligations.

So, a top level athlete who is a student living in a favourable state (e.g. Rhineland- Palatinate/Saarland) could maximally receive 955 EUR (German and State Sports Funds) a month, or 11,460 EUR a year, in addition to the other types of support listed above. In most cases accommodation costs will have to come from this funding however. Most athletes will receive much less than this obviously.

Since 1952, the German Federal Custom Administration has offered special career assistance for ski athletes. At present, it accepts up to 48 young elite athletes as employees. This employment takes place at a so-called ‘lower’ grade of the German civil service program, so that a vocational safeguarding is already possible before the age of 16. Athletes get an education in custom administration and are able to pursue their sport career at the same time. Thus, young talented athletes can combine sport and occupation.

The German Army has been supporting elite male athletes' careers since 1968 by offering non-permanent positions. Since 1992, female athletes have been accepted as well. Currently, 744 athletes (200 females) are paid employees of the Army, but devote their time exclusively to their sport. Athletes can also participate in college programs in addition if desired (Bundesministerium des Inneren, 2010).

Since 1978, the German Federal Police School in Bad Endorf, Bavaria, has been supporting winter sports elite athletes (85 positions; minimum age of 16). Since 1999, 75 additional seats for athletes of summer and year-round sports have been offered in the Cottbus Police School (Brandenburg). Both police schools allow elite athletes to combine sport with an education program as a police officer (with executive powers), which takes about four years. If an athlete retires from sport during these years, they are nevertheless allowed to continue their education, after which they will get a permanent job as a police officer. Hackfort and Birkner (2004) evaluated the Bad Endorf support model. The evaluation measures included, for example, career success (in sport and profession), facilitative conditions for the athlete's career (family, requirements, etc.), identification with the job, social requirements, and other factors influencing career. Furthermore, Hackfort and Birkner evaluated athletes' satisfaction with the program. The results show middle to high satisfaction with the Bad Endorf model. The coordination of sport and education was rated as highly satisfactory, as were the financial support and medical care provided. Athletes perceived the pressure resulting from joint efforts in sport and education during their time at Bad Endorf as high but bearable because of the coordinated program. The Bad Endorf model may serve as an example for supporting athletes both in performance enhancement in sport and in education. The authors also give suggestions for improvement, for example, greater individualization of the sport and educational program. In contrast to the boarding school studies of Brettschneider and Klimek (1998), Hackfort and Birkner recommend encouraging coaches to fulfill a double role as coach and educator. In their opinion, the double role is helpful in coordinating sport and education.