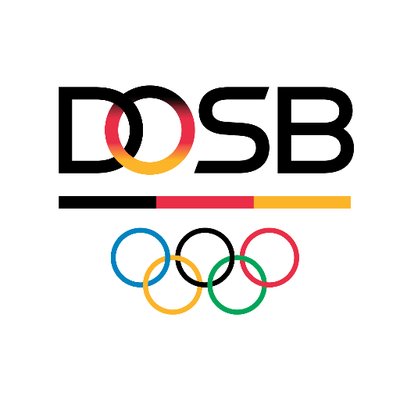 The German Olympic Sports Confederation (DOSB) has launched a new website for its "dual career" programme, which aims to allow talented athletes to pursue their athletic career while also providing them with high quality academic education.

As well as giving an overview of the framework through which dual career should be taught in Germany, the website also provides information on offers of career guidance from Olympic training centres and support modules from the German Sports Aid Foundation.

The priorities of professional sports organisations are outlined along with the crucial building blocks of dual career, such as the elite sports schools, partner universities and partner companies.

"Without binding rules such as dual career, we will not be competitive in the long term in most sports on an international scale," said Dirk Schimmelpfennig, a member of the DOSB’s Sport Performance Board.

The German Olympic Sports Confederation ('Deutscher Olympischer Sportbund', DOSB) is the non-governmental umbrella organization of German sport. It was founded on May 20, 2006,  resulting from the merger of the German Sports Confederation (DSB) and the National Olympic Committee for Germany. The DOSB stands for performance, health, joy of living and the conveyance of values. The Patron of the DOSB is the German Federal President Frank-Walter Steinmeier.

According the: Wissenschaftliche Dienste,

Member organisations of the DOSB are the Olympic sports federations, the sports Confederations of the German States, the non-Olympic federations, the associations with special remits and the federations without international affiliation. Members as individuals are the German IOC members and the personal members. The personal members are elected by the General Assembly for four years. The General Assembly is the highest decision-making body of the DOSB. It consists of the delegates of the member organisations, German IOC members, personal members as well as members of the Executive Board. In conformity with the requirements of the Olympic Charter, the Olympic Sports Federations must always have a majority of votes in the General Assembly. Should this majority of votes fail to be attained, the Olympic Sports Federations shall be given sufficient further votes in the ranking order of their membership numbers to attain a majority. The Sports Federations of the German States shall have a number of votes exceeding 1/3.

-The DOSB counts more than 27 millions of memberships in about 90.000 sports clubs. It is the largest citizens` movement in Germany.

-Since December 2013, Alfons Hörmann is President of the German Olympic Sports Confederation. His predecessor was founding President Thomas Bach, Olympic champion in fencing in 1976, who led the DOSB from May 20, 2006 to September 16, 2013. He resigned after his election as President of the IOC. Hans-Peter Krämer, Vice President for business and finance, then led the DOSB in the meantime up to the election of the new president on December 7, 2013.

-The DOSB serves as a platform of consultation and advice, providing services to its member associations which are independent in terms of organization, financing and specialization, and represents their interests vis-à-vis the institutions of the European Union, of the Federation, the  federal states and municipalities in Germany as well as the churches and all  socio-political and cultural areas.

-In accordance with its statutes and articles, the DOSB is obliged to safeguard, promote and further develop the Olympic idea. It commits  itself in many ways to foster an Olympic education and the transmission of humane values in and through sport.

-The DOSB, as such, finances itself by means of membership fees, receipts from lottery revenues and marketing licences. Additionally, projects are financed by third-party funds  of the Federation. Moreover, the sport-governing bodies receive funding from the federal budget for top-level sports. The federal states as well as municipalities and communities, at their respective level, substantially support sport, e.g. by means of constructing and maintaining sport facilities.

-The DOSB advocates in favour of sporting and environment-friendly activities of the people, along the lines of a healthy environment.

-The DOSB supports and promotes volunteerism. About 8 million volunteers  and honorary workers are active in gymnastics and sports clubs. They provide over 450 million hours of  exercise.

-The DOSB supports inclusion and coherence of all groups of society.

-Following the basic idea of ''sport for all“, the DOSB develops programmes which are intended to give possibly each and every person access to sports, independently of his/her age, gender and social origin.

-In the light of its policy of gender equality, DOSB attaches great importance to the promotion of girls and women.

-The DOSB aims at fostering a modern and humane top-level sport. Thus, it takes part in the national and international fight against doping and manipulation of all kinds. Sending national teams to the Olympic Games and taking care of them also belongs to the central tasks in the field of top-level sports.

-The German sports movement is embedded in European and international developments and structures, from mass sports up to top-level sports. The DOSB wants to contribute its part to international understanding and peace by means of co-operation. It therefore cultivates contacts with numerous countries of the world. Representing the interests of German sports  in all international issues related to sport-specific or Olympic concerns, the DOSB participates in the development of international sports policy. A Brussels-based representative for EU relations defends the interests of German sport with regard to the European Union.

-Since the beginning of the sixties, the German sports organizations have promoted the development of sports in the developing countries. Since then, more than 1,300 long-term and short-term projects have been implemented in more than 100 countries. This work is only possible with the extensive support of the Federal Government and, in particular, the German Foreign Office.