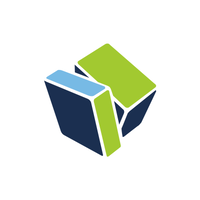 Source Citation: KRISTIANSEN, E. and HOULIHAN, B., 2017. Developing young athletes: the role of private sport schools in the Norwegian sport system. In- ternational Review of the Sociology of Sport, 52(4), pp.447-469.

Education in Norway is mandatory for all children aged 6–16 (primary and lower secondary schools) and optional for the age group 16-19 (upper secondary school/high school). It is this latter optional level that is the focus for this research. Norway has a well-regarded public school system which caters for approximately 93% of students (Hagesæther, 2013). However, while the education system is dominated by public schools there has been a steady increase in the popularity of private schools such as international schools and sport schools.

It is at the age of 16, when young people start secondary school, that they are allowed to choose programs and have the opportunity to focus more on sport. However, the age of 16 is a time when many athletes are making the transition to a more intense and structured period of development (Bloom, 1985; Wylleman and Lavallee, 2004) and is also a time when educational demands intensify with the consequence that the management of their dual careers is a distinct concern. It is increasingly challenging for young athletes to balance the growing training load and desired athletic development with regular schooling without organizational help to adapt timetables, defer tests and exams, arrange study time etc. (Donnelly, 1993). Consequently, secondary education has also been accorded a prominent role in the development of talented athletes in a number of European countries (De Knop et al., 1999). The Norwegian elite sport context

NIF is the umbrella organization for sport at all levels and has over 2 million members (from a population of 5 million), organizes the 54 national sport federations, 19 regional confederations, approximately 366 sports councils and also 11793 clubs (NIF, 2013). Hence, NIF is responsible for both elite sport with the aim of creating Olympic winners and recreational sport for all age groups. Through the unique regulations of NIF the youngest athletes are protected from the negative consequences of early intense competition by regulating the age at which young people can participate in different levels of competition (Kristiansen, 2014; Ronglan, 2014). From the age of 6 children are allowed to participate in local competitions, preferably in their own club. At the age of 11, lists of results, tables and rankings may be used for the first time, and the children may participate in regional competitions although there is no need to meet a qualifying standard in Norway. In 2007 the regulations were modified to allow children to compete at national and international championships from the year in which they turn 13 (Skirstad et al., 2012). While there is general support for the NIF regulations there is an awareness that Norway has never been prominent in technical sports that require early specialization such as gymnastics and diving (Kristiansen, 2014), arguably as a consequence of the NIF regulations. Consequently, there is a growing concern that the regulations are disadvantaging Norway not only in early peak sports but possibly in later peak sports due to the longer and more technical development process now required to reach world class standard (e.g., Helle-Valle, 2008)

A key to national success in Olympic sports is structured talent identification and development systems (De Bosscher et al., 2006). In Norway there exists an effective talent development system for adult athletes who have been identified as elite, but the process by which young athletes with elite potential are identified and developed is far less coherent and effective as it depends on a network of voluntary sporting federations, local community-based multi-sports clubs and the contribution of volunteer coaches (Ronglan, 2014). According to the requirements of NIF, each individual sporting federation is responsible for the development of talent within their sport (NIF, 2015), and all sports are organized and operate in a broadly similar though complex manner. Handball, a major sport in Norway, is typical and is described by Bjørndal et al. (under review) as a complex web of diverse actors and initiatives, which involves clubs, sport schools, and the national and regional levels of the federation.

The main sources of income for local clubs are membership fees and club fund-raising with public sector funding accounting for between a third and a quarter of total income (Ibsen and Seippel, 2010).

The absence of a strong tradition of competitive sport within the state school system (Nicholson et al., 2011) and the increasing pressure for early sport specialization has created a market in Norway for the development of sport schools the most prominent of which are in the private, fee-paying, sector. State involvement in sport has been focused primarily on the  provision of high quality sport facilities at the community level (Bergsgard and Tangen, 2011). Not surprisingly, many private sports schools have positioned themselves close to these facilities, which adds to their attraction to parents and young athletes. The public profile of sports schools has been raised recently due to the award of the 2016 Youth Olympic Games to Lillehammer. This event has been labelled a 'milestone for NIF’s work with regarding Youth Promotion for Norwegian sport.

Consequently, in 1981, when the Norwegian Alpine Gymnasium (NAG) was established by Roger Elstad in Bærum, it did not receive any public funding or support. Elstad was a father of an alpine skier who, in the absence of a school that could give his son the required time off to fulfil his athletic ambitions, established a private school for alpine skiers (Solheim, 2011). The school steadily expanded to include a wider range of sports, adding cross-country skiing in 1985 and further sports in 1993. Today, NAG operates under the title of the Norwegian College of Elite Sport (known in Norway as NTG) and has expanded to include 990 students. Currently, the NTG group has six schools in Norway focused mainly, but not exclusively on winter sports.

As mentioned earlier the first NAG school received no governmental support when it was established. However, it gained state approval and modest funding following the passage of the 1984 Norwegian Private Education Act (Solheim, 2011). The level of government funding was increased in 1988 by the Ministry of Education although not to the same level as for state schools offering top sport as a program. Following the 2005 election, in which the future of private schools was a major issue, the private school law was changed and made it easier to establish private schools. Furthermore, in 2006 a comprehensive curriculum reform, the Knowledge Promotion Reform (KPR), was introduced (Utdanningsdirektoratet, 2007). The reform permitted public schools to offer a range of specialist programs one of which was the Sports and Physical Education. According to the KPR this program should aim to support athletes who achieve good results at international and national levels and was justified by the perceived social value that top-level sport has in Norway (Utdanningsdirektoratet, 2007). While this program prepares athletes for a university education, they have to choose sport as their major program rather than Natural Science and Mathematics Studies or Languages, Social Sciences and Economics Studies .

As a result of the recent reforms there are currently both private and public actors in the sports school system. As long as a school offers a course in ‘elite sport’, the school can call themselves an ‘elite’ (or top) sport school. There is no state regulation of the designation of a school as a sports school with the result that there is considerable variation in the quality of schools and the range of experiences available. There are approximately 113 schools offering specialism in cross-country skiing ranging from private (NTG) to semi-private and public top-sport programs. Within this largely unregulated market, the school with the most winter Olympians is NTG, which is a non-profit private foundation. State grants, school fees and sponsor revenues are the basis of funding, in contrast to the state schools which are funded exclusively by the state. According to NTG their vision is to become the leading institution for student athletes by supporting both their sports career and academic education in order that they might be ‘capable of winning medals in international championships, qualifying for university and academic education and developing excellent ethical principles’ (NTG, 2013). From the start the athletes ‘produced’ have achieved considerable success, accumulating around 600 national championship gold medals (NTG, 2013). Former and current students have taken 24 gold, 13 silver and 13 bronze medals in the Olympics (NTG, 2013), and for the 2014 winter Olympics 30% of the Norwegian squad were current or former NTG students. Of the thirty-five athletes who qualified for the 2015 winter European Youth Olympic Festival (EYOF) 14 (40%) were from the NTG schools and five from Wang.

The resources available at NTG enable athletes to be given extra tutoring 'to help after longer period of absence' [Teacher A] as well as having access to the services of nutritionists, nurses, physiotherapists and other support personnel to deal with issues related to their athletic career, which according to one member of the support staff ‘no one has so far prioritized [for] junior athletes’ [Entourage 1]. Having these resources 'in-house', is an advantage that was mentioned by both the athletes and parents. While the state schools may offer time off to practice and might adapt the school day they usually are not able to offer the same range of support services as the private schools. As one NTG Sport Director argued the advantage that NTG has over state schools is depth of resources which allows for greater continuity of services and support. State schools, the NTG director suggested ‘may create a good system’ but it is often  ‘dependent on individual’s short term commitment’ [Sport Director B].

As has been shown the challenge of seeking an optimal balance between educational and sporting achievement is seen as primarily an educational issue for schools, whether private or public, rather than an issue to be addressed by the federations. The schools feel that they contribute more to the federations than they get back. As one NTG coach admitted; 'the federation really wants to help, there is a lot of goodwill and enthusiasm. Unfortunately there is no money for [youth] talent development, and without us they would struggle to pull together a national team [NTG coach B]’. Another NTG coach commented that ‘Our federation has never been particularly positive about these sport schools, the head coach will attend meetings, but we do not get any help’ [Coach C]. As sports school Coach D noted ‘It is our former students that will be representing Norway in the Olympics to come. We think it is weird that [Olympiatoppen] demands more of us than of the federations’.

Routledge Handbook of Talent Identification and Development in Sport

The Interaction between Motivation and Self-Regulation