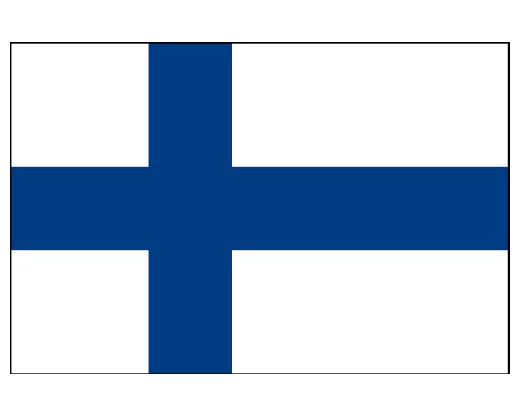 Finland -The Finnish Ministry of Education Awards grants for athletes proposed by the Olympic Committee and the Paralympic Committee who on the basis of their international performance have potential for winning a medal in the Olympic or Paralympic Games, or in the World Championships. The level of the tax-free sport grant is either €6000 or €12,000 per year. Grants are allocated in both summer and winter Olympic sports as well as in non- Olympic and Paralympic sports. The total amount of sports grants for the year 2004 was €558,000 (Merikoski-Silius 2006). The criterion for allocation of a full (€12,000) Athlete’s Grant is that the athlete has reached 6–8th place in the individual competition of the season’s main event (Olympic Games, World Championships or World Cup overall competition). The criterion for the grant of €6000 is that the athlete has finished 8–12th place in individual competition for these same events. The criterion for the award of a young athlete’s grant is that the athlete attain 12–15th place in the corresponding competitions. An athlete who is awarded a grant must sign a training contract with the given Sports Federation and the Finnish Olympic Committee, in which the athlete agrees to follow the existing anti-doping rules as well as other requirements such as having a personal study program (Kanerva 2004).

Information from the site of Finnish Ministry of Education and Culture

Act on the Promotion of Sports and Physical Activity (390/2015)
The purpose of the Act is to facilitate the opportunities of various demographic groups to engage in physical activity, promote performance sports and associated civic activity,  bolster the health and wellbeing of the population, and espouse the growth and development of children and young people.

Act on the Financing of Educational and Cultural Provision (1705/2009)
The act contains provisions on, for example, central government transfers for sport and physical activity as well as government grants for the construction of sports facilities.

Act on Discretionary Government Transfers (688/2001)
The Act contains provisions on the granting of discretionary central government transfers and their use.

Act on Additional Pension Provision for Athletes (1419/2014)
The Act contains provisions on the criteria and procedures for granting additional pensions for athletes.

Main legal act - Act on Additional Pension Provision for Athletes (1419/2014)
The Act contains provisions on the criteria and procedures for granting additional pensions for athletes.

The full pension is EUR 1,324.32 a month and the partial pension is half this sum. The pension is subject to tax. When granting the pension, consideration is given to the social status of the candidate and their taxable income. The first actual athlete pensions were granted in 2015.

Pro Urheilu Prizes and Pro Urheilu Medals are awarded in recognition of achievements.

Nominees for the awards are prepared by a working group appointed by the Ministry of Education and Culture. The first Pro Urheilu awards were granted in 2000.

Medals for merits in sport and physical activity

On 26 February each year, the Ministry of Education and Culture grants medals for merits in sport and physical activity to commendable people in Finnish sport culture and sport.

Submissions for nominees for a medal must be entered to the Ministry of Education and Culture by 31 October of the year preceding the award.

The medals of merit are:

The Grand Cross of Merit for Finnish Physical Education and Sports is the highest honour and may only be held by twelve living award winners.

The Spikes Prize is awarded each year for merits in promoting gender equality and plurality in sport.

The Spikes Prize may be awarded to an association, group, project or person operating in Finland on a permanent basis. The Prize has been awarded since 1995.

Schools on the Move award

Each year, the Ministry of Education and Culture grants the Schools on the Move awards to schools and municipalities in recognition of their commendable promotion of a physically active culture in the school environment.

By providing elite athlete grants and developing the conditions for coaching, the Ministry of Education and Culture promotes performance sports geared toward the achievement of international success. The Ministry does not provide financial assistance to profit-oriented professional sports.

Measures for the development of performance sports include:

-training for coaches and managers

The Ministry of Education and Culture uses athlete grants to ensure that elite athletes can devote their full attention to training. Sports training centres that serve as national elite coaching centres and the construction of sports facilities help improve coaching conditions. Research in sport and fitness sciences is applied in coaching.