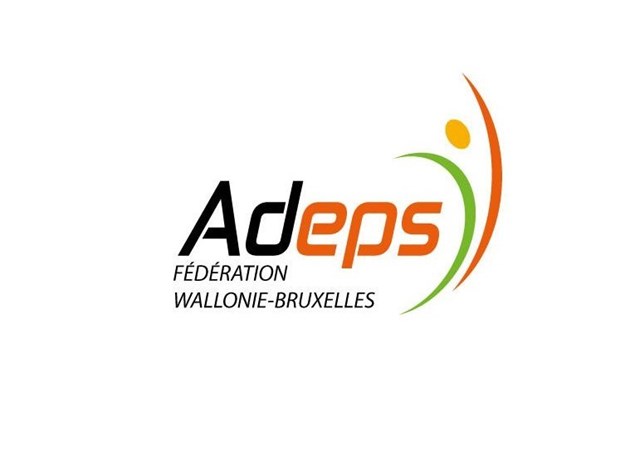 Bloso in the Flemmish Community,

Adeps in the French community

Sportdienst – Department of Sport for the German speaking Community

ADEPS is an administrative service of the Ministry of the French Community of Belgium charged with the promotion of sport and physical education amongst the population of the French-speaking community. ADEPS is an acronym for "Administration de l'Éducation physique, du Sport et de la Vie en Plein Air".

Created in 1969, these two entities were formerly a single service, INEPS, created in 1956 from the Ministry of National Education and Culture.

ADEPS and BLOSO are charged with all aspects of sport development in their own territory, from the training of coaches, growth of sporting clubs, events, and communal sporting functions. Adeps has an infrastructure of 20 sport centres in the French community with a well organised structure.

“Belgium is a federal state, comprising three Communities and three Regions. Each Community has authority over sporting matters in the territory under its legal control and has its own Minister, its own administration and its own laws.

For the French Community, ADEPS is in charge of promoting sport and physical education. This role is entrusted to Bloso for the Flemish Community, and to the department of Sport (Sportdienst) for the German-speaking Community.

When it comes to questions concerning the dual career, Belgium is a good example. From the primary school onward, there are facilities for certain sports which are developed early.

There are also centers of excellence for young, top-level athletes: Humanities for top-level athletes in Wallonia and the Topsport network in Flanders. The school timetable is modified so as to include training periods. A coach selected by the relevant sport federation also supports the pupil. Gaining a place in the Sporting Humanities or the Topsport network is conditional on obtaining special status. In Wallonia, this means the Top-level athlete, Sporting Hope status and the Training Partner status, and in Flanders, Topsport A, Topsport B, and Sporting Hope. In higher education, a lot of universities offer a special timetable for top-level sportsmen and sportswomen. To benefit from this scheme, it is sometimes necessary to sign a contract with the university, as is the case at the catholic University of Louvain. The contract specifies the rights and responsibilities of each party. Sometimes the French Community also proposes a professional contract to athletes who perform at a high level (nearly fifty top- level athletes are currently under contract). It will only be renewed if certain rules about work and sporting objectives set at the beginning of the year have been respected. Athletes with a contract are considered to be state employees.” (Sport, Education and Training in Europe, A dual career for a dual life, Author: Think tank Sport ET Citoyenneté)