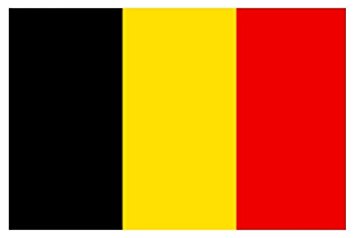 Did you know that Belgian top athletes such as the sailor Sebastien Godefroid  (silver medalist in the 1996 Olympics in Atlanta) and judoka Ann Simons (bronze in the 2000 Olympics in Sydney) both have a university diploma from the Vrije Universiteit Brussel?

It is perfectly possible to combine a top sports career with an academic education at the Vrije Universiteit Brussel. For more than 15 years now, the special ‘Top Sport and Study’ guidance programme '(Topsport en Studie') has been helping talented students with every aspect of combining their studies with their favourite sport, giving them assistance with their sport, their studies and logistics.

This programme is a great success, because more than 72% of the students involved (measured over all years) successfully complete their year of study. This pass percentage exceeds the average pass percentage of the total student population by more than 10%. We are equally proud of their sports achievements: our students are often selected for national teams and win lots of medals at European and World Championships.

With a view to further optimising the combination of a top sport with a university education, the Vrije Universiteit has signed agreements with several top sports federations. Another partner is the Nationale Loterij. The study grants awarded by the Belgian lottery (Lotto-Studiebeurzen) help our students to build a successful double career in their sport and in their studies.

In Belgium the state sponsored approach involves the development of permissive legislation and / or formal agreements between the state and selected educational institutions. Such an approach is exemplified by the Flemish Community of Belgium, which in 2003 introduced an agreement, the Top sport convenant, which was initiated by the Ministry of Sport of the Flemish Community in co-operation with the three independent educational networks, the Belgian Olympic and Inter-federal Committee (BOIC) and the sports administration body (BLOSO) of the Flemish community.

The Top sport covenant introduced two initiatives aimed at supporting young sportspersons in higher education. Firstly, for the academic year 2003/04, the sports governing administration BLOSO and the Belgian Olympic and Inter-federal Committee awarded those student-athletes who were ranked on the Olympic lists, a contract (70% of a full-time professional contract) which allowed them to combine élite sport and studies in higher education. This included a scholarship of €20,000 enabling these student-athletes to pay for specific costs incurred in combining élite sport and study as well as sport-specific support The scheme started with modest numbers. In the first year of operation, five student - athletes were awarded a contract – four in higher education outside of the university system and one university student (at the Vrije Universiteit Brussels).

The second initiative began in the 2004/05 academic years and was targeted at young Olympic athletes selected for the Belgian Youth Olympic Team who registered at a university or other higher education. In the first years of operation 20-30 young Olympic athletes were to be eligible for support. Unlike the athletes on the official Belgian Olympic ranking list the members of the Youth Olympic team were not awarded contracts, but received financial support allowing them to combine higher education and élite sport.

The Vrije Universiteit Brussels was the first higher education institution to respond to these initiatives, developing its ‘Study and Talent Education Programme’ (STEP) to provide complementary services for élite student-athletes. STEP included workshops and presentations on time-management, communication skills, financial management, injury prevention and rehabilitation. In addition student athletes could request to spread the work of one academic year over an extended time period (two, three or four years longer). This request has to be made to the institution upon registration. Flexibility may also be offered to student athletes in regard to exam timetables.