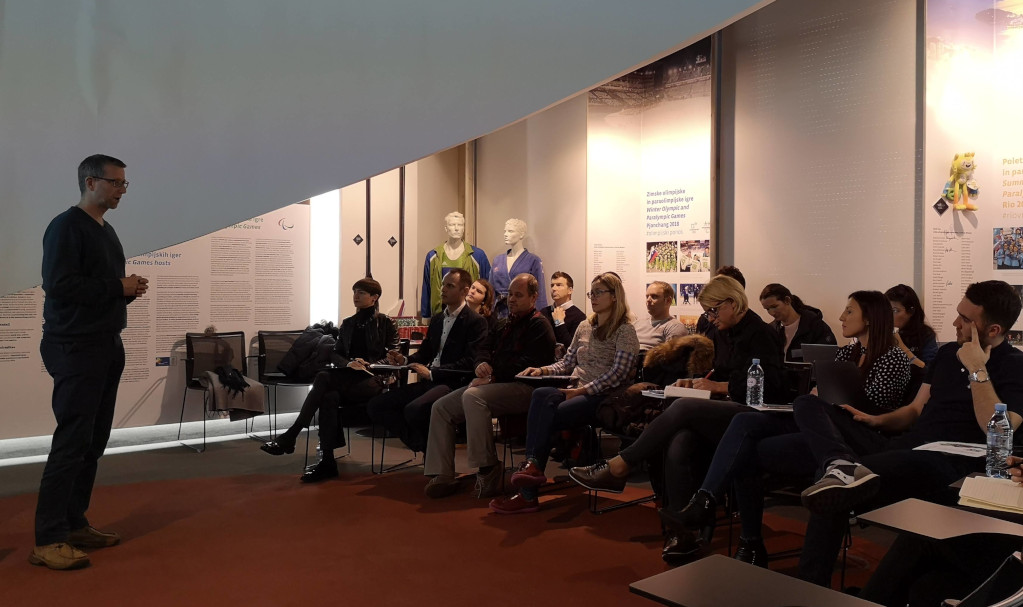 On Wednesday, December 11, The European University Sports Association (EUSA) and its Institite held an engaging seminar on Dual Career, hosted by the Olympic Committee of Slovenia, with two Olympians present to share their experiences.

The Seminar presented the opportunity for both EUSA and the Olympic Committee of Slovenia to share their activities and workings around the important subject of Dual Career, before listening first-hand to the experiences of two Olympic athletes who furthered their education while also representing Slovenia at the Olympic Games and linking it to the employment possibilities.

The Seminar began with a welcome address from Head of Slovenian Olympic Academy and EU projects Mr Ales Solar, followed by an address by EUSA Communications and Projects Manager Mr Andrej Pisl.

Acting Deputy Secretary General of Sport of the Olympic Committee of Slovenia Mr Borut Kolaric then spoke about the support for elite Slovenian athletes and activities the Committee is engaged in to support athletes in their dual career, before Ms Petra Robnik, Secretary of the Slovenian Olympians Association and Head of the Olympic Careers Centre, furthered this discussion on the programmes and activities available.

Biathlete Peter Dokl, who represented Slovenia at the 2010 Winter Olympics in Vancouver, and judoka Aljaz Sedej, who was present at both the 2008 and 2012 Summer Games, then joined the discussion in a round table moderated by Ms Robnik, as the two Olympians shared their experiences and benefits of having a dual career.

Mr Pisl presented EUSA and the various projects the association is involved in, focusing on the ErasmusPlus-funded two-year project Smart Sport which supports the implementation of the European Union’s dual career guidelines, embracing sport and education while linking them to the business sector by especially focusing on smart technologies.

Smart Sport project is co-funded by the Erasmus+ Programme of the European Union.